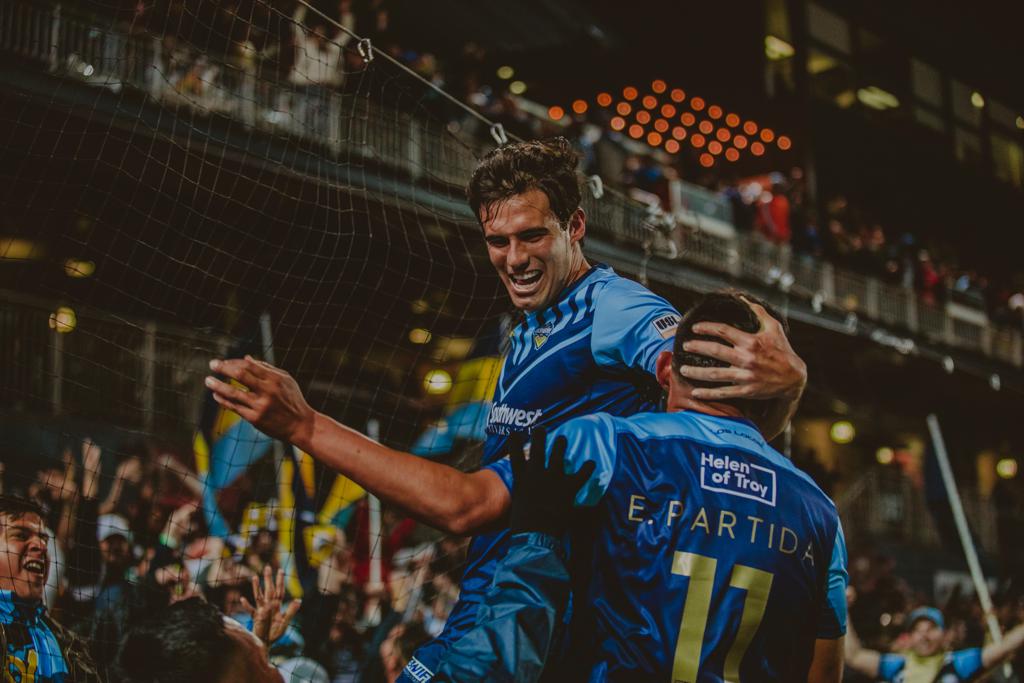 EL PASO – March 30, 2019 – El Paso Locomotive FC wins their first match in the franchise’s history at home. At the end of 90 minutes, El Paso came out with a dominating 2-0 victory over Orange County SC.

In the first half, El Paso Locomotive FC sent three shots at the Orange County keeper, took five corner kicks and maintained an 81.8 percent passing rate. El Paso was knocking at the door of OC, looking for the magic moment and keeping the pressure high. In the 41st minute, midfielder Edson Partida took to the pitch and closed out the half completing 100 percent of his passes.

As soon as the whistle blew, El Paso Locomotive came onto the pitch in the second half with the same intensity as the first with multiple chances created. Salgado hammered down on the Orange County right line and was getting looks on goal, hungry to add a point to his name. In the 64th minute, El Paso took the lead when Salgado’s shot on goal was deflected, and Partida scooped it up and sent it into the back of the net. Partida wasn’t finished there, in the 88th minute with a perfectly placed assist from Sebastian Contreras, Partida collected the ball at the top of the box and took a few touches in before sending it home and running over to celebrate with the 8th Notch (El Paso Locomotive FC supporter group) who went full throttle.

“I am really happy we were able to give this win to the city of El Paso; it feels amazing. It is what I have been wishing for since I signed here to play for my hometown,” said Salgado.

“Getting the first win in history feels great and getting it at home feels even better. We are going to continue to work hard and push for more,” said Partida who was also named Estrella of the Match.

El Paso Locomotive FC plays their next match at home on Saturday, April 13th against Phoenix Rising FC.  Season Ticket Memberships, Group Tickets, and Individual Match Tickets can be purchased at https://www.eplocomotivefc.com/ticket or by calling 915-235-GOAL!