The Historic Inaugural Home Opener is presented by Southwest University. 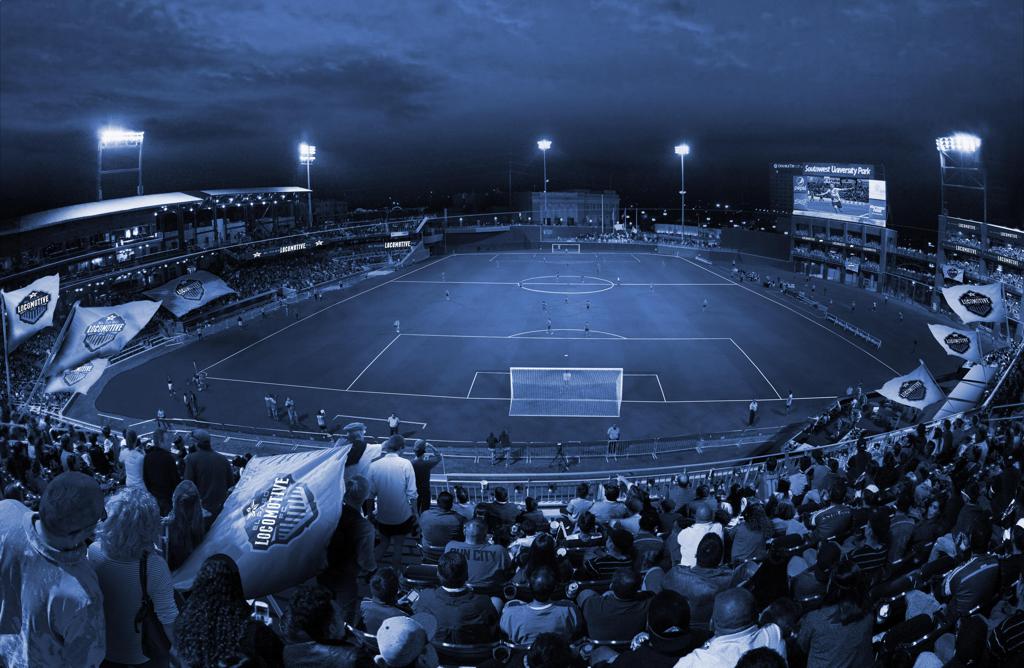 EL PASO – March 7, 2019 – El Paso Locomotive FC announced today that Saturday’s historic inaugural home opener presented by Southwest University versus Oklahoma City Energy FC is SOLD OUT! The game will be televised locally on the El Paso-Las Cruces CW as part of a partnership with KVIA ABC7. Kick-off is slated for 7:35 p.m.

“Selling out Southwest University Park is nothing short of amazing, but not at all unexpected,” said General Manager, Business Operations Andrew Forrest. “We knew that when professional soccer was launched in this market that it would be a smashing success and the community has responded beautifully and proven us right. This match will be remembered forever in El Paso history and the people of this city are what made this sell out happen!”

The CW is available to everyone in the El Paso/Las Cruces region on 7.2 over the air. Viewers can also watch the game on Sprectrum channel 13, Comcast Cable channel 388, Direct TV and Dish Network on channels 8 and 17, respectively, and on AT&T U-verse channel 19. Fans can also catch the action on ESPN+.

Season Ticket Memberships, Group Tickets, and Individual Match Tickets can be purchased at https://www.eplocomotivefc.com/ticket or by calling 915-235-GOAL!