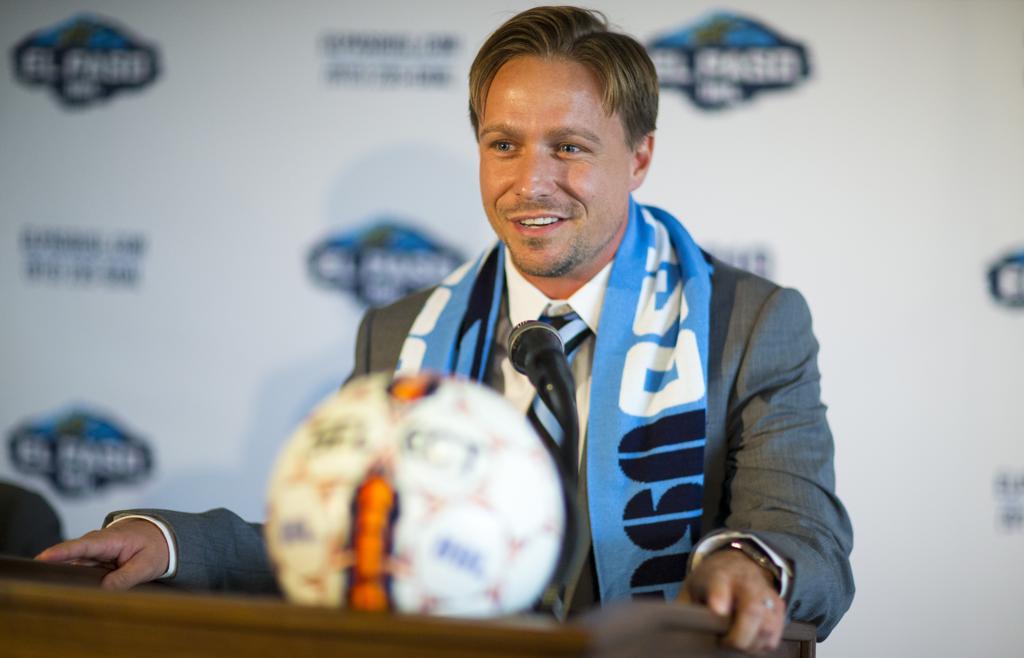 Born and raised in Birmingham, England, Mark comes to El Paso from the Jacksonville Armada FC (NASL) where he first served as Assistant Coach and ultimately the Head Coach leading the team through record-setting milestones.  Prior to that, he was with the Orlando City Soccer Club (MLS) where he worked as Assistant Coach for the u23’s and then as the MLS Pro Academy Head Coach.  He also served the Orlando City Soccer Club as Community Programs Director.   While in England, Mark worked for two English Premier League (EPL) teams.  He served as a Player Scout and Academy Coach for the Wolverhampton Wanderers FC and he also served as a Player Scout for the Birmingham City FC.

Mark played an extensive amount of youth soccer and actually signed with Coventry City, a professional academy, at age 12.  He holds a National Diploma in Personal Training and Sports Performance and Sports Therapy, Register of Exercise Professionals Level 3.  Mark’s coaching qualifications from the English Football Association (The F.A.) include the UEFA ‘A’ License, the UEFA ‘B’ License, and the Player and Match Analysis Certificate.