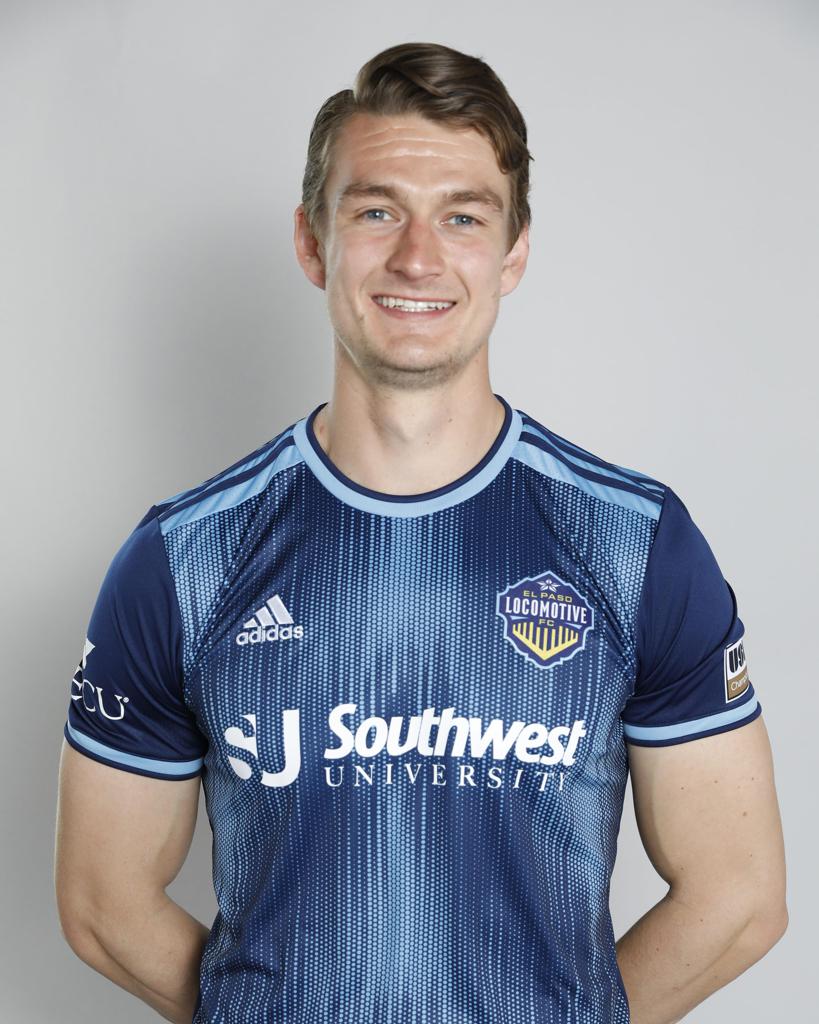 Andrew distinguished himself as one of the most versatile players on the roster last season. He found time across the defense and even featured as a striker in several matches. The Englishman made 30 total appearances and  found the back of the net two times to help the team to a Western Conference Final berth in our inaugural season.

Fox has seen stints with Peterborough United, Stevenage, and Grimsby Town in his home country of England. He played the 2017 season with Swedish top tier squad, AFC Eskilstuna and made 13 appearances. He comes to El Paso Locomotive FC from his most recent club, Grimsby Town, where he made 12 appearances.

Fox is a dynamic player who has played in defensive and midfield roles throughout his career. He spent four years playing collegiate soccer in the United States with St. Edward’s University in Austin, Texas. In his time with the Hilltoppers, Fox made 63 appearances and tallied 36 goals as a midfielder.